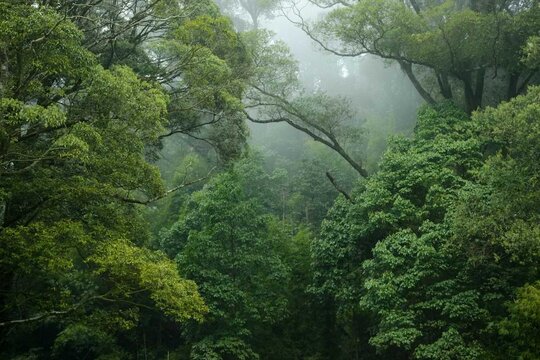 Why climate-stable mixed forests are the order of the day

Have you ever watched the trees die? It happened to me in the summer of 2018. Every day on my way to work, I took the train through the forest - monoculture. 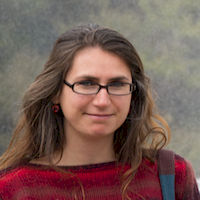 ... grown in 50 years, died of thirst in three months. Since then, I've been happy about every drop of rain that ruins a summer day for me. Water is life and it is becoming scarce. If you want to survive, you have to adapt. This is true for us and for the German forest. Good bye monoculture, here comes the mixed forest!


A conversation with our climate forester Jan Borchert

1. Jan, what is climate-stable mixed forest?

Climate-stable mixed forests are those that will be able to cope with the changing climate and survive 80 to 100 years from now. Such forests have trees that do not die, as the conifer monocultures have in recent years. Not even in very dry and hot years. They can cope.

In short: the more tree species, the more animal species. They live - like the urbanites among us - on different floors: in the ground, on the ground, on the trunk, in the trunk, on the lower branches, in the treetop. Different floors means: different animals, means: different possibilities. That is why animals feel at home in the climate-stable mixed forest. Insects, for example: They often specialise in one tree species, which means that the more different tree species grow in a forest, the more different insect species find shelter. Especially in times of great insect extinction, the climate-stable mixed forest also plays a major role in this respect. More insects in turn mean more birds, and birds attract other animals.

And another thing: in the climate-stable mixed forest the table is richly spread: first the cherry blossoms and provides food for insects. Later, the oak tree sheds acorns, which are a favourite with wild boars and squirrels. And the mice burrow under the hornbeam for its seeds. Deer and roe deer eat the young deciduous trees and later the leaves of the mature trees. They also eat young spruces, but once they are big, the animals don't like them any more.

Also attractive for forest dwellers: mixed forest favours ground vegetation and thus additional habitat. In coniferous monocultures it is too dark for this. There used to be a saying among foresters: "In a good pure spruce stand, you have to switch on the torch even in summer." It's completely dark there. Of course, nothing grows on the ground there. In a mixed forest, on the other hand, the light falls all the way down. So so-called natural regeneration is possible: small trees grow under the big trees. Some are a bit bushy, some high, some low, so that they provide cover for different animal species.

3. does mixed forest have a positive effect on its immediate surroundings?

Yes, on the microclimate. Forests cool down their surroundings because they evaporate a lot of water, and evaporating water has a cooling effect. In addition, trees provide shade, so it is more pleasant in the forest when it is hot. It can be up to 15 degrees cooler under a tree than in its surroundings. Another important factor: the climate-stable forest acts as a great filter so that we can breathe clean air.

4 Why is climate-stable mixed forest the forest of the future?

Quite simple. It defies the dangers of the future best: drought, wind and insects, diseases, fungi, bacteria.

Against the pests:
If you mix a forest, insects that tend to multiply have less of a chance. The reason: insects are usually specialised in one type of tree. In the monocultures of the past, this had a huge impact. The bark beetle, which only ever attacks spruce, ate away entire forests. It had an easy time of it, the table was set, it could multiply (en masse). We don't want that, of course, so it makes sense to plant different tree species in a mixed way.

Light and shade:
Another advantage of mixed culture: light-loving trees provide shade for others that like it darker.

Balanced water balance:
Trees in the climate-stable mixed forest take root at different depths. This means that they draw their water from different levels in the soil. This means they do not compete with each other; they can all quench their thirst. This is why, for example, a deciduous forest monoculture, such as an oak forest, is not necessarily climate-stable. All the trees root on the same floor. The water above or below remains unused, while the trees still almost die of thirst in hot dry summers.

No problem with wind:
In climate-stable mixed forests, the risk of so-called windthrow is low: if there are trees at the edge and in between that are very very stable because they have deep roots and are firmly anchored, they break the wind and protect the less firmly anchored trees. No one falls over.

You can see: Different trees benefit each other and do not compete with each other. You could also say: together they are unbeatable. That is why a climate-stable mixed forest is the forest of the future.

5 Why is mixed forest so valuable for the climate?

Well, you can't say it quite like that. In terms of the climate, it would only be a question of which tree stores the most CO₂ in the shortest time. A monoculture of conifers actually performs better. Spruces grow faster than others, so they store more CO₂ in a shorter time. In a climate-stable mixed forest, on the other hand, there are also slow-growing trees.

So in the short term, monoculture is more valuable for the climate. BUT: As we have seen, in the worst case it will only live for 20 to 30 years because it falls victim to the bark beetle, heat and drought.

Another danger to pure culture are those attackers that we do not even know about at the moment. Globalisation should be mentioned in this context. It has brought the corona virus to us humans and keeps bringing insects and fungi from abroad to trees. That is why, for example, the elm is dying out. What if it had been the tree species we had relied on throughout Germany in the form of monoculture? Then we would have a real problem now, namely no more forests.

You can compare it with the stock market: I can take the high-risk share that makes me the most money. But that can also go really wrong: If it crashes, I'm broke. It's the same with monoculture: if I rely exclusively on it, in the worst case I'll be left without a forest. That's why it makes more sense to plant mixed forests. So in the long run it is more valuable for the climate, even if it grows more slowly and does not store CO₂ as quickly as monoculture.

6. how many tree species belong in a climate-stable mixed forest?

Even two different species of trees make a mixed forest. But we usually plant three different species. In addition, we rely on so-called natural regeneration. This means that we plant the main trees a little further apart and, over the years, other species grow in between, whose seeds, for example, birds have flown into the forest. In this way, there are not just three tree species. Nature determines how many there will be.

7. which tree species belong in the climate-stable mixed forest?

Deep-rooted plants include oak, hornbeam and service tree. They reach the lower layers of soil, where water can still be found even if it does not rain. After rain, the upper layers are of course also well soaked, but they dry out again quickly. You wouldn't believe how long it has to rain for them to become permanently soaked. Two weeks of uninterrupted drizzle would be good. That usually only happens in autumn and winter. After that, the layers dry out from top to bottom and only deep-rooted plants get water even in summer.

Trees that are tough, i.e. more stress-resistant than others, are for example fruit varieties such as the cherry or certain pear varieties. Walnuts and black walnuts can also withstand a lot. You can't break them, so to speak.

8 Do nut and fruit trees belong in a climate-stable mixed forest?

Yes, of course! We have already planted them. Cherry; wild cherry, for example. Wild pears as well. Walnuts and black walnuts will be planted in autumn. These trees are extremely stubborn. Where a walnut gets stuck, for example, it can't be removed. The cherry also grows incredibly well. That's why these trees definitely belong in a climate-stable mixed forest.

9 What does climate-stable mixed forest have to offer the soil on which it grows?

Generally speaking, coniferous forest makes the soil acidic, and the more acidic it is, the lower the soil quality, the less life in the soil, because then the nutrient content drops.

How does coniferous forest acidify the soil? Spruces filter fine dust out of the air with their densely standing needles. When rain falls, it washes it off the trees and into the soil. The soil becomes acidic. This cannot happen in climate-stable mixed forests, because half of the year there is no foliage on the trees to filter the air.

Accordingly, the soil under a pure coniferous stand is much more acidic than under deciduous forest. This influences the soil life: Not only the pH value changes, but also the consistency and structure of the soil: it becomes sandier, which means it can no longer hold water so well. In addition, sandy soil is poorer in nutrients. Accordingly, fewer herbs and grasses grow, which means there is no food for soil-dwelling animals. There is also less activity in the soil: first the earthworm disappears, then the mole. Both are masters of soil aeration. They burrow through the soil and therefore microorganisms can work better in the soil. That's why you can say:

In the climate-stable mixed forest, there is not only a huge diversity ABOVE the ground, but also IN the ground. And deeply, because the different trees root in all layers - in contrast to spruce monoculture, where the roots are only in the top layer.

The soil is better aerated, the trees get enough water, the forest does not die, the animals have a habitat and the people have a climate hero. A win-win situation. 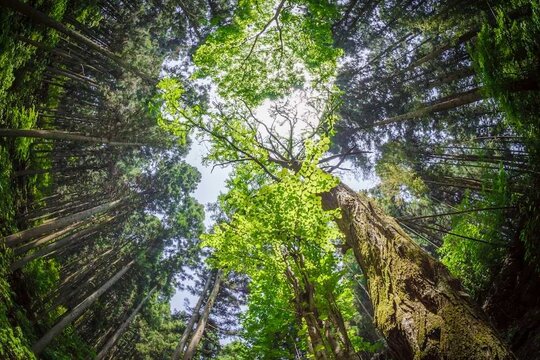 Why forest bathing is good for you

Sunbathing, nude bathing, forest bathing. You are totally stressed and want to pull out trees again? Since the 80s, forest therapy has been a recognised healing method in Japan.
Wood Vibes
August 30, 2022
Uta Nabert

Why climate-stable mixed forests are the order of the day

Have you ever watched the trees die? It happened to me in the summer of 2018. Every day on my way to work, I took the train through the forest - monoculture.
Wood Vibes
August 30, 2022
Uta Nabert 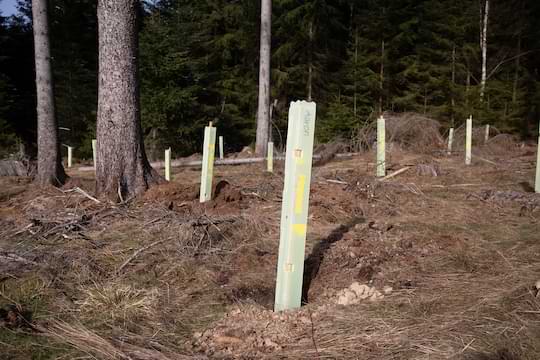 Planting trees in Germany - why here?