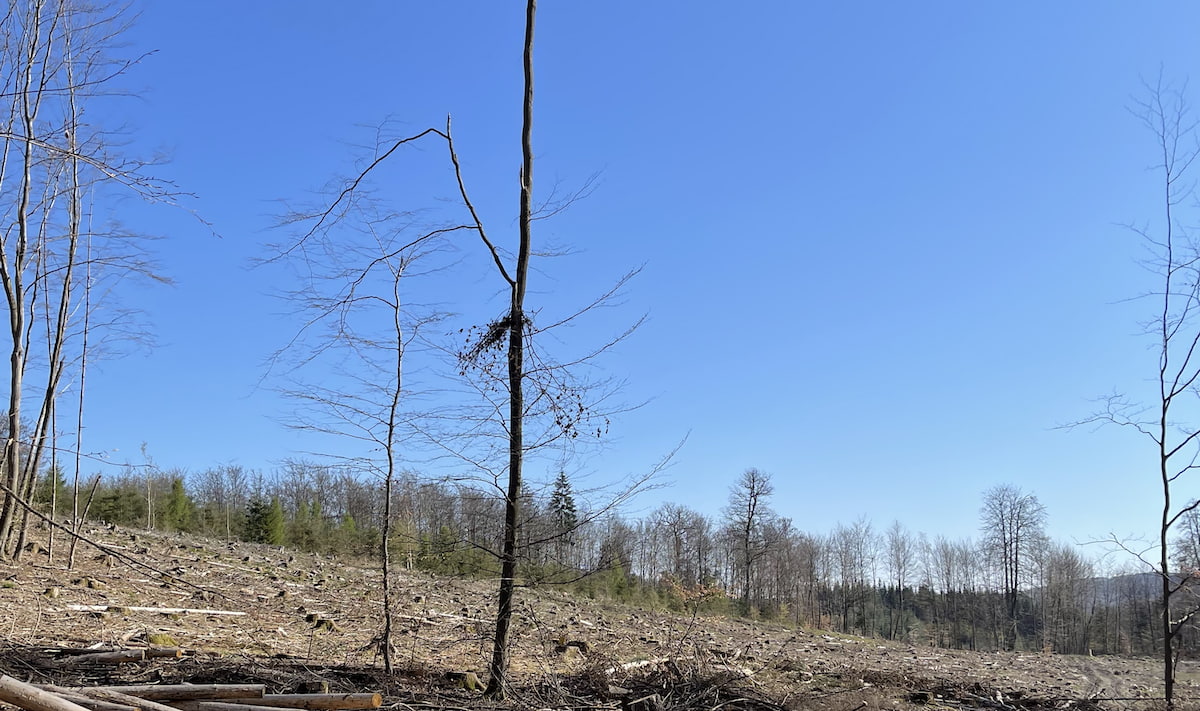 About the forest area

In the south-east of North Rhine-Westphalia lies the Siegen Wittgenstein Regional Forestry Office, which is the most densely forested district in Germany with 70%. Several thousand hectares of forest there provide a habitat for numerous animal and plant species and a place of recreation for people.

But the effects of climate change are also causing increasing drought and heat stresses here, which are damaging the forest. This is because 63 % of the forest area is pure coniferous forest, 59 % of which is spruce. This spruce stand in particular is heavily affected by the prolonged drought and the damage caused by the bark beetle. Homogeneous tree stands cannot cope with the new climate conditions.

In order to counteract this trend, we have planted beech trees on an area near Siegen which, in addition to the coniferous species already present, are to provide an impulse for a climate-stable mixed forest. The beech is a deciduous tree and can also assert itself well against existing conifers and thus "mix" the forest. Because intact forests offer far more than habitat for animals and plants: they are carbon reservoirs, areas for fresh air production, water reservoirs and recreational areas for us humans.

You come from near Siegen and want to visit the area? These GPS coordinates will show you the way.

Wood Vibes near Siegen convey our pictures of the area: 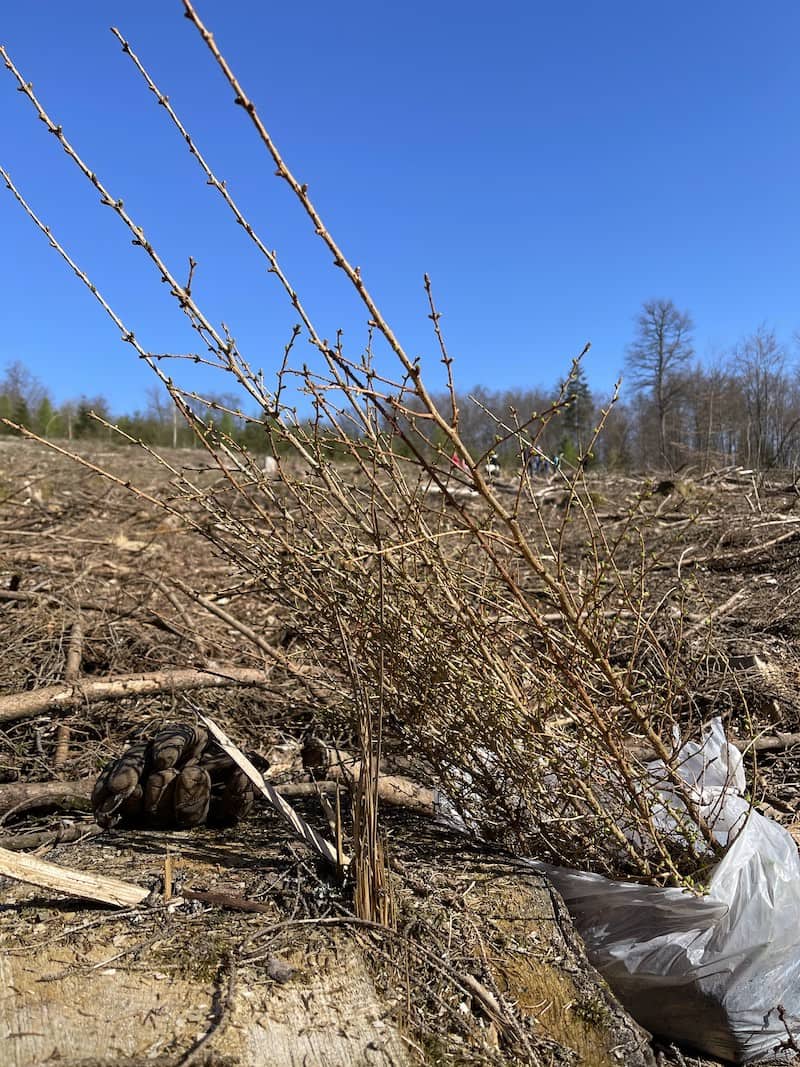 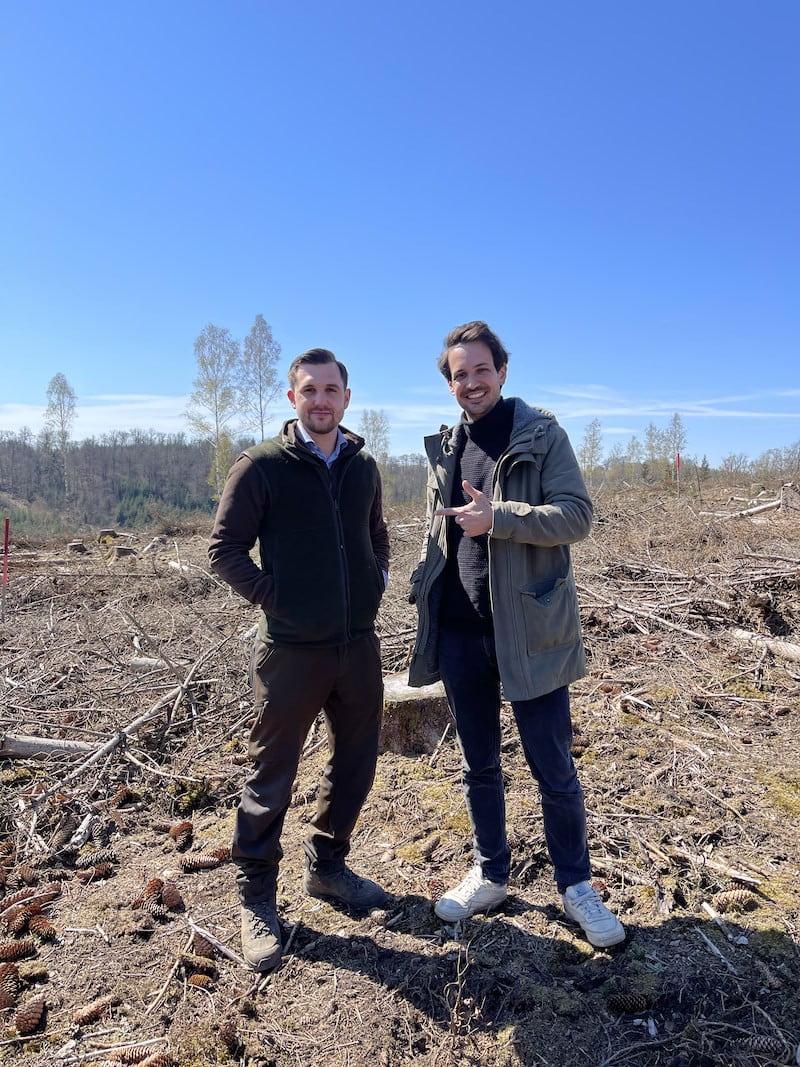 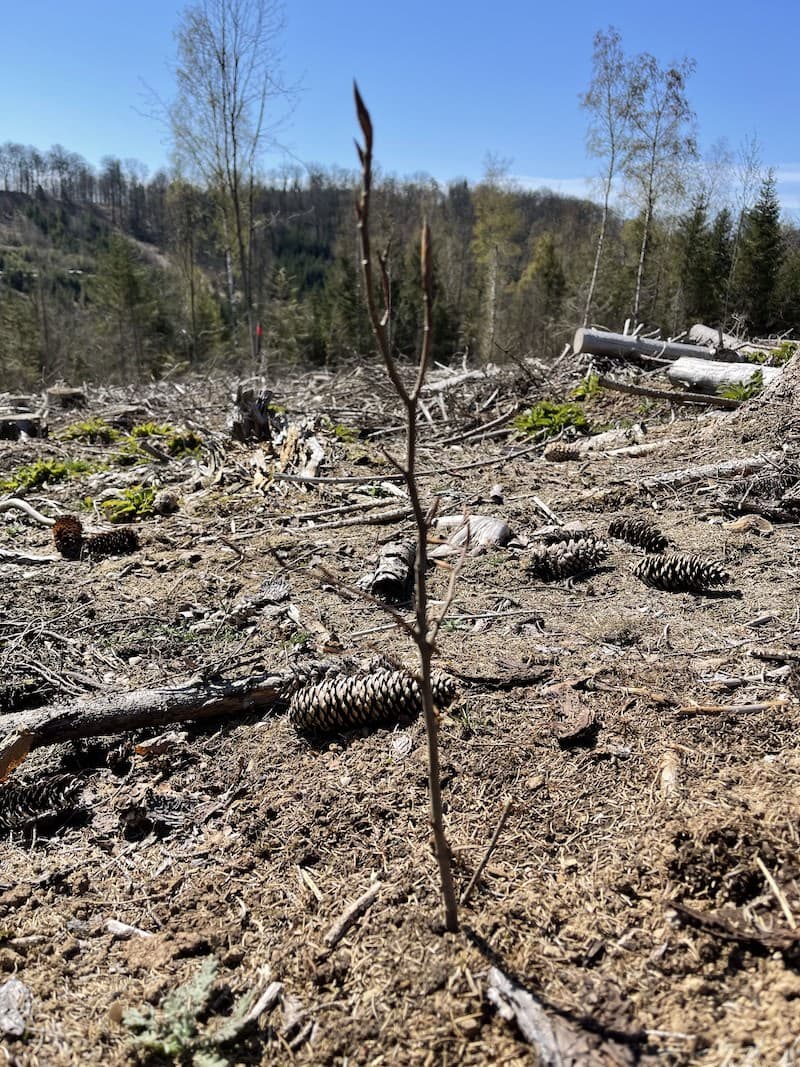 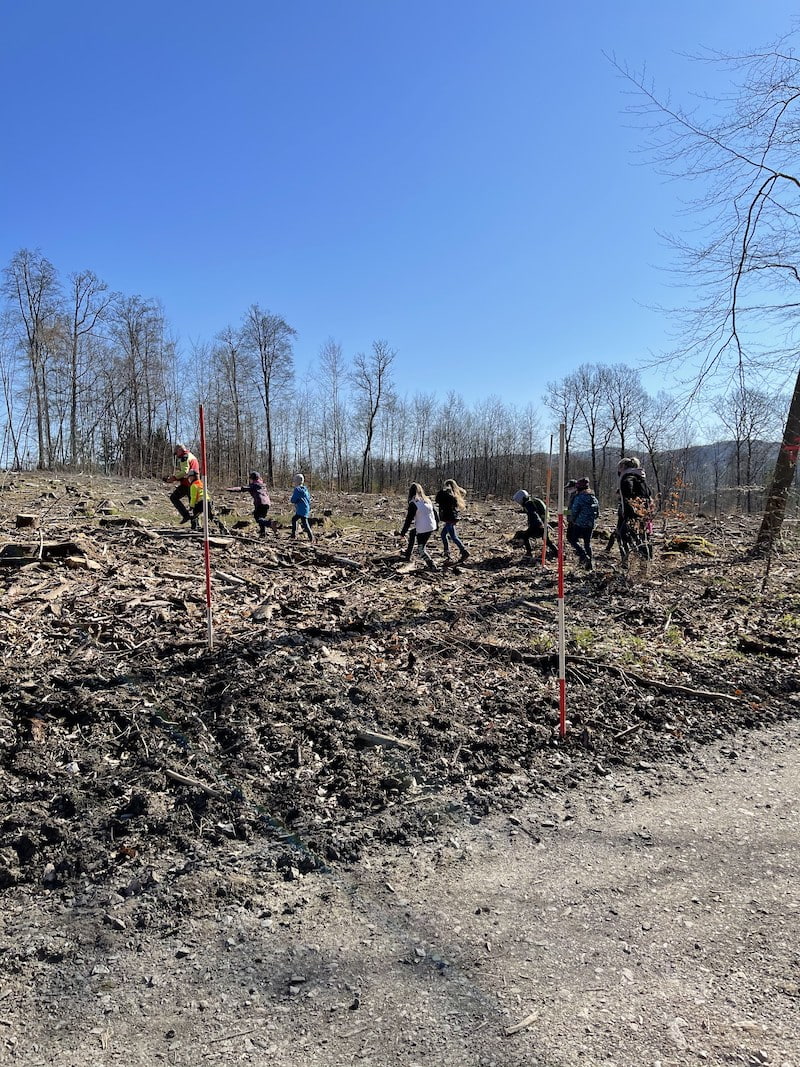 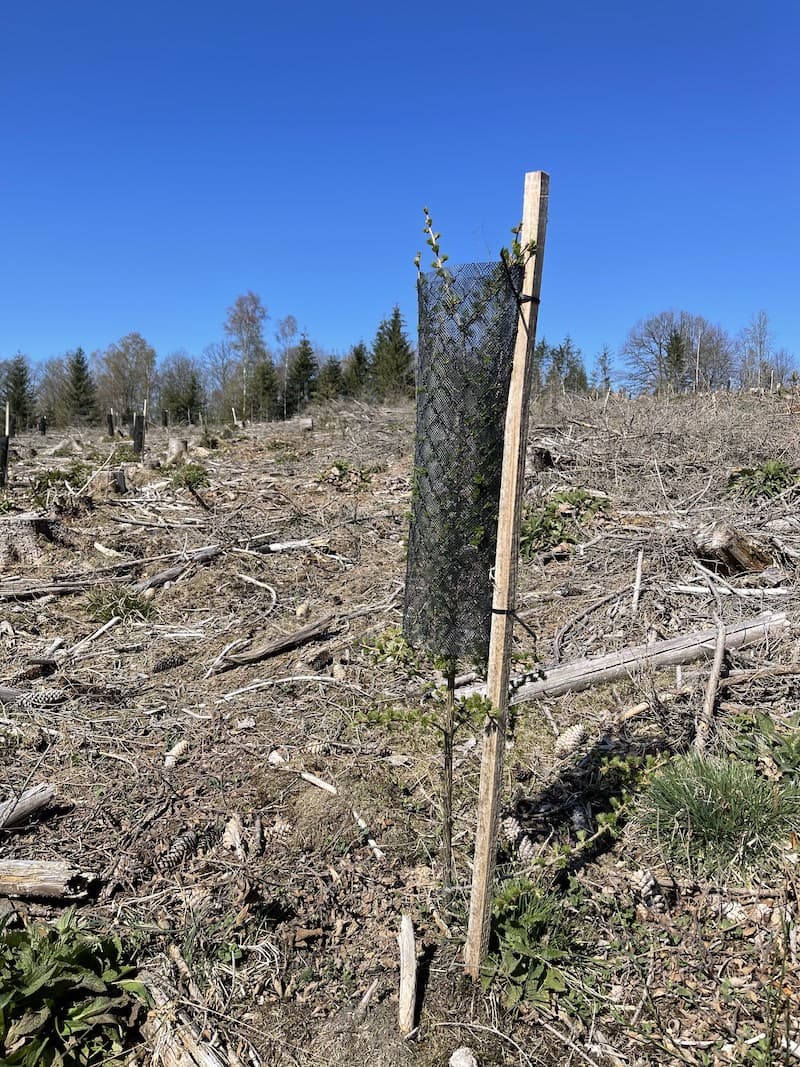 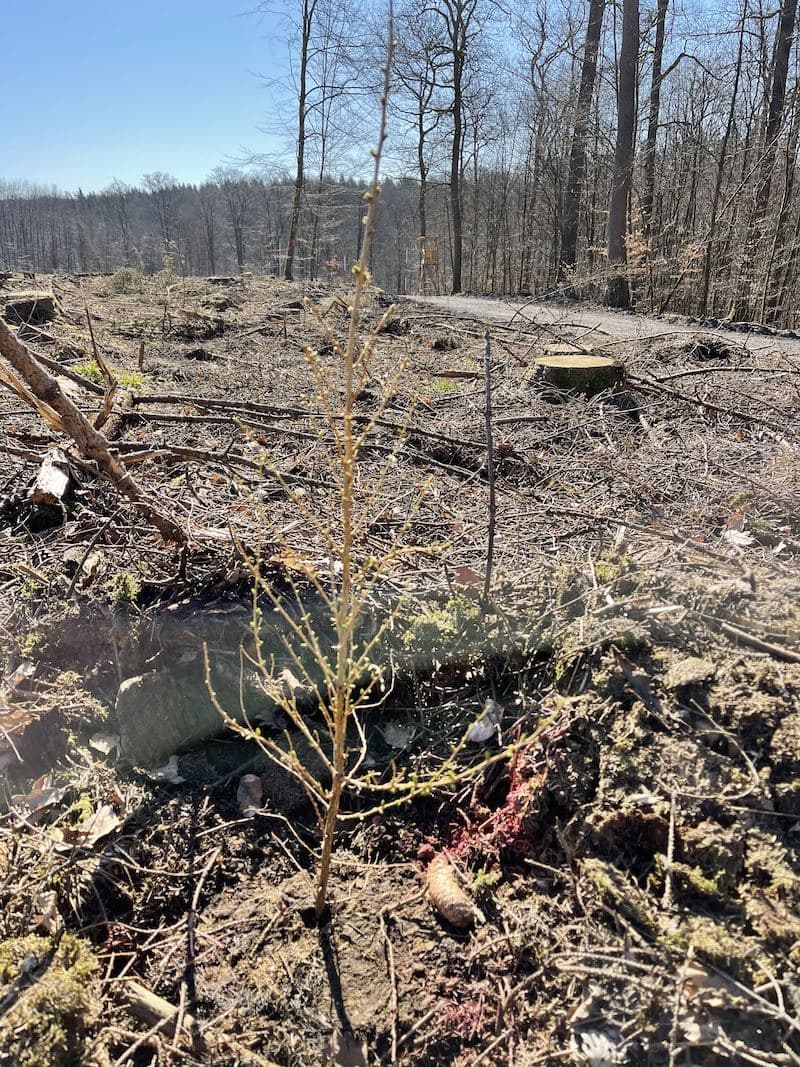