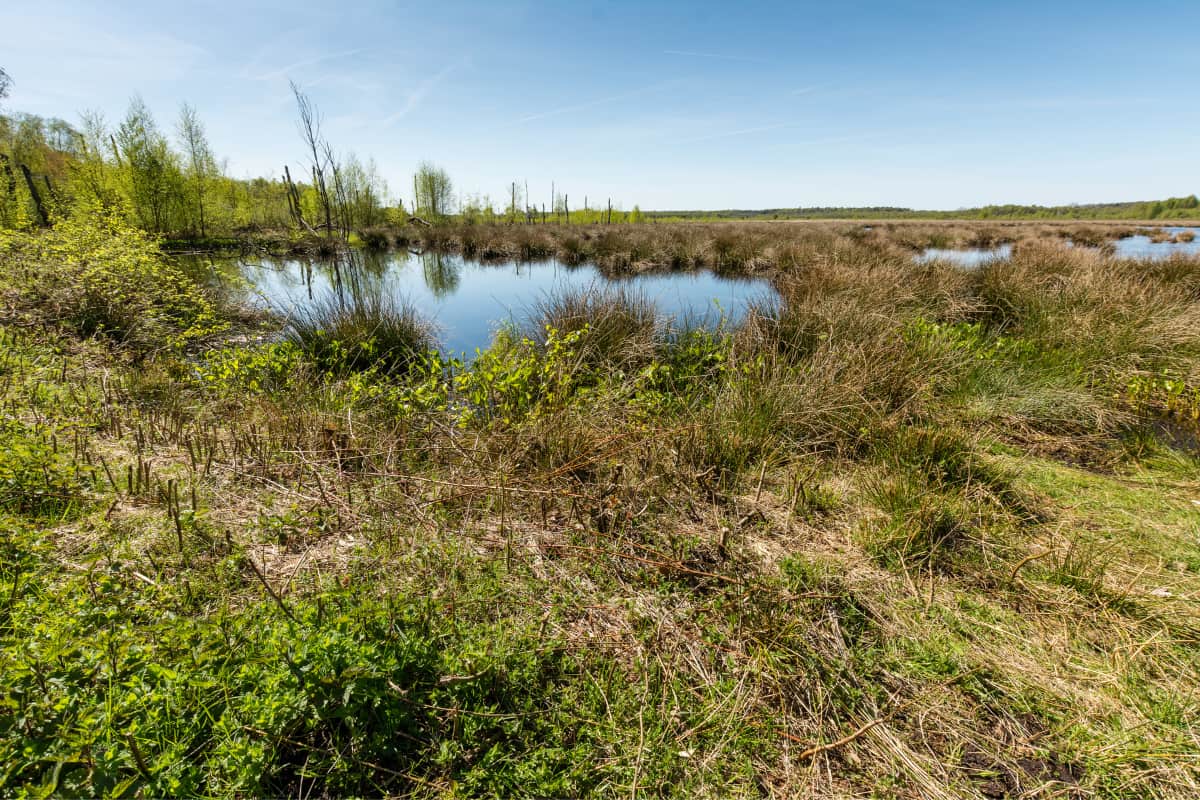 The MoorFutures project Königsmoor covers a 68-hectare sub-area of the Königsmoor in the municipality of Christiansholm in Schleswig Holstein and is part of a total of around 1,200 hectares of raised bog. In the past, the project areas were heavily drained by drainages and ditches, as the area was intensively used as grassland. The acquisition of the land by the Foundation for Nature Conservation resulted in a rapid conversion to extensive use without grassland maintenance and fertilization. However, the decomposition of the peat and the escape of climate-damaging gases could not be reversed in this way.The compensation agency Schleswig-Holstein, a subsidiary of the foundation, therefore closed all ditches and drainages of the area in the course of the project. Shallow peat mounds were constructed to retain and store excess winter precipitation in the areas so that sufficient moisture is also provided in summer. In this way, a landscape of marsh plants and willow bushes forms on the wetted areas. In the long term, typical raised bog vegetation is to develop again. The project will reduce annual greenhouse gas emissions by 660 metric tons of CO₂ equivalents compared with the situation before the project began. If, as predicted, peat moss-rich raised bog or intermediate bog vegetation develops after about 20 years, 1,037 metric tons of CO₂ equivalents can be saved per year compared to the current condition. 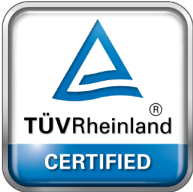 The project is verified by TÜV Rheinland.
Here you can find more information about environmental certificates.

In Germany today, only about five percent of the moors are considered near-natural. Originally, the native moor landscapes covered almost 4.2 percent of the land area in Germany. Today, 95 percent are considered dead - because they have been drained, cultivated, peated or used for agriculture. Yet peatlands are not only unique ecosystems that provide habitats for endangered species, they also act as retention areas and filters in the landscape water balance and also store huge amounts of carbon. According to BUND, peatlands worldwide bind twice as much CO₂ as all forests combined and thus store around 30 percent of the earth's carbon. If the areas are destroyed, the carbon is released.The largest proportion of raised bogs is in Lower Saxony. But even there, only two percent of the original bog area is still intact due to human intervention. Fens are found mainly in northeastern Germany, but here, too, the proportion of drained bogs is over 95 percent.

Although peatlands are unique ecosystems that cover only three percent of the Earth's land area, they are the second largest carbon reservoirs after the oceans. At an estimated 500 to 600 gigatons, they store twice as much carbon as the world's forests. Protecting them through land conservation and fire prevention is an excellent way to control global greenhouse gases.Forestry, agriculture, and fuel extraction are among the biggest threats to carbon-rich peatlands. If they are destroyed, they become huge greenhouse gas mines, as they typically have a carbon content of over 50 percent. It can take thousands of years for peat to form, but only a few for it to release its greenhouse gases when it is degraded.Protection and rewetting can reduce emissions from degradation while supporting peatlands' role as carbon sinks. Restoring drained and degraded peatlands, while not as effective as halting degradation, is an important complement and good conservation.

You can find more information about this type of climate solution here. 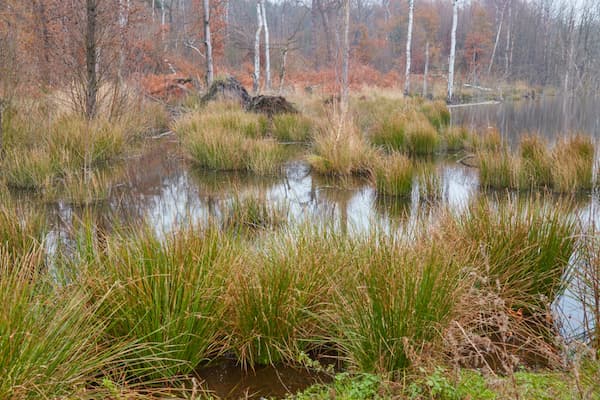 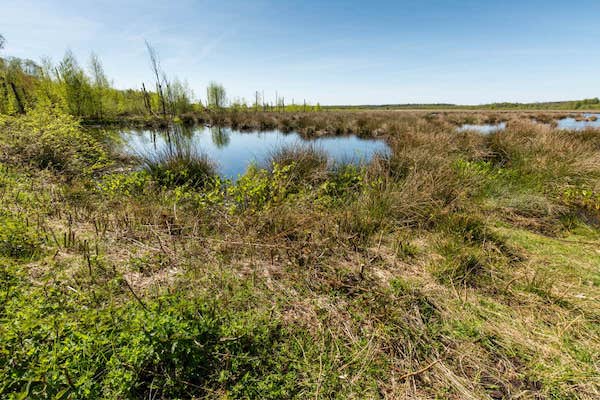 No items found.
Want to learn more about the Sustainable Development Goals? Follow this link.

The MoorFutures project is located on a 68-hectare sub-area of the Königsmoor in the municipality of Christiansholm in the district of Rendsburg-Eckernförde in Schleswig-Holstein. 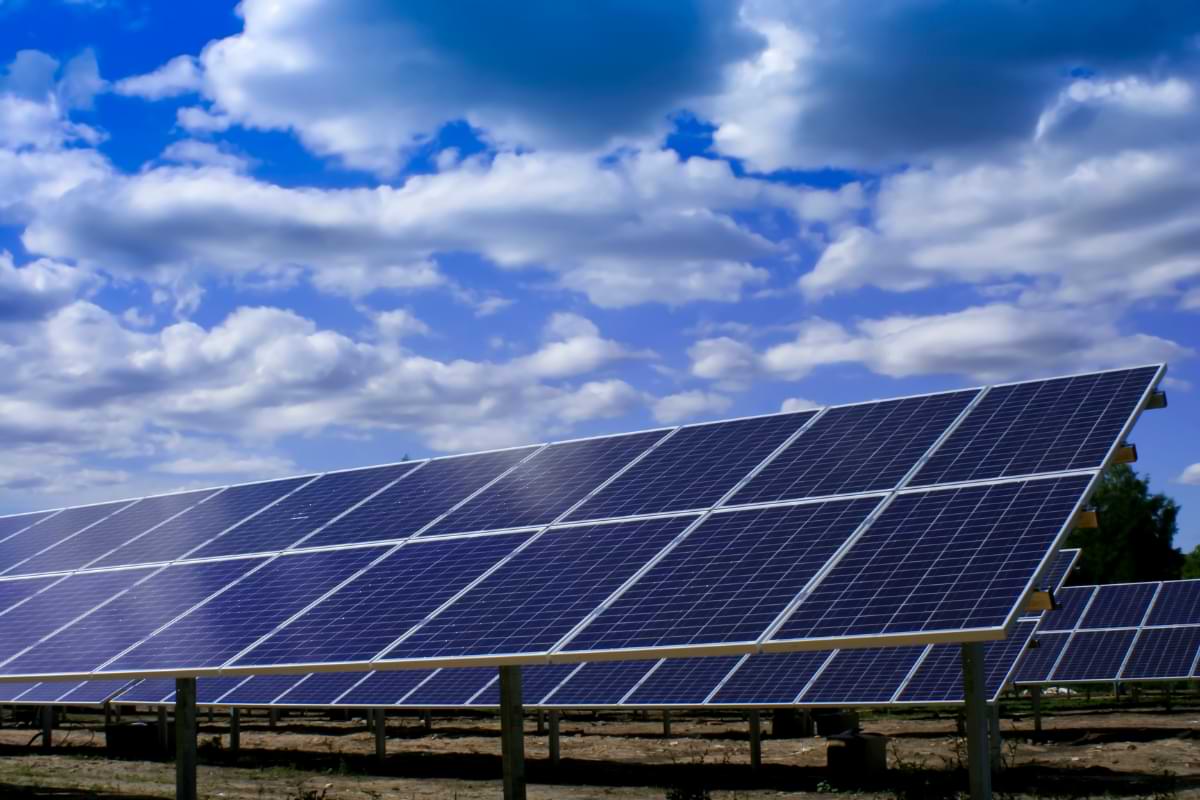 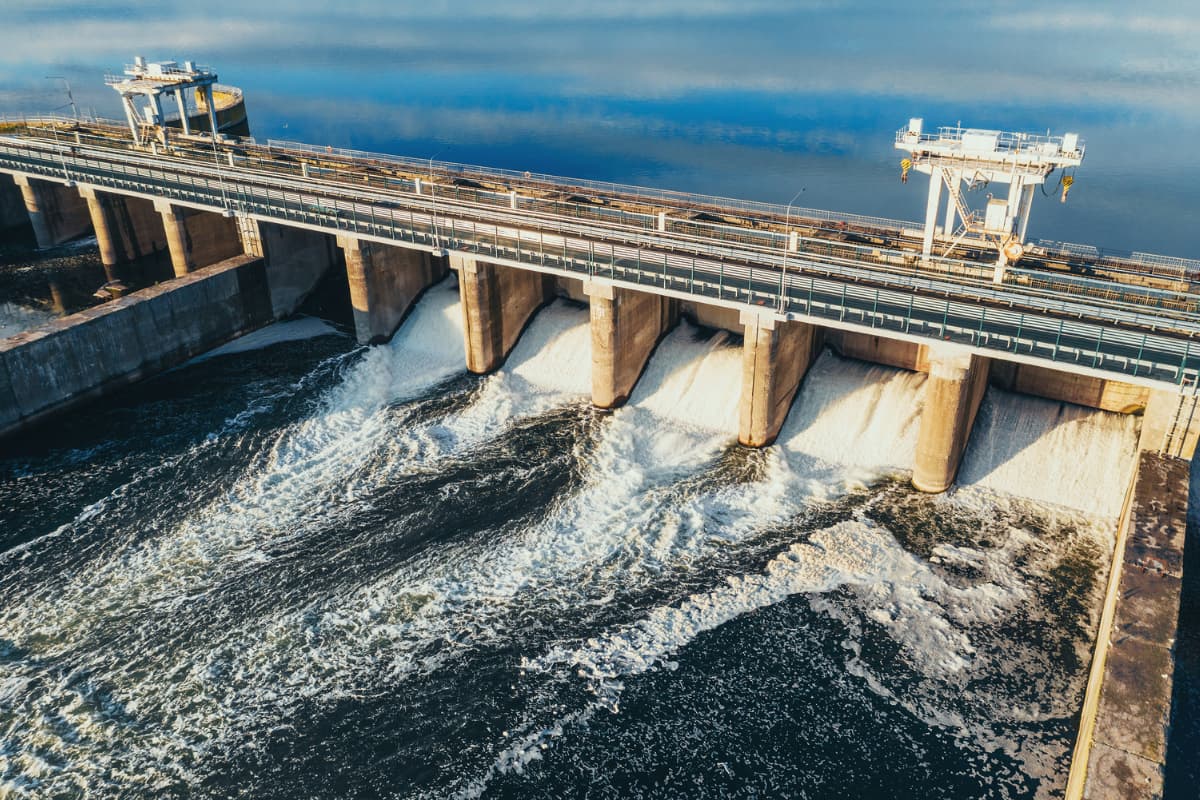 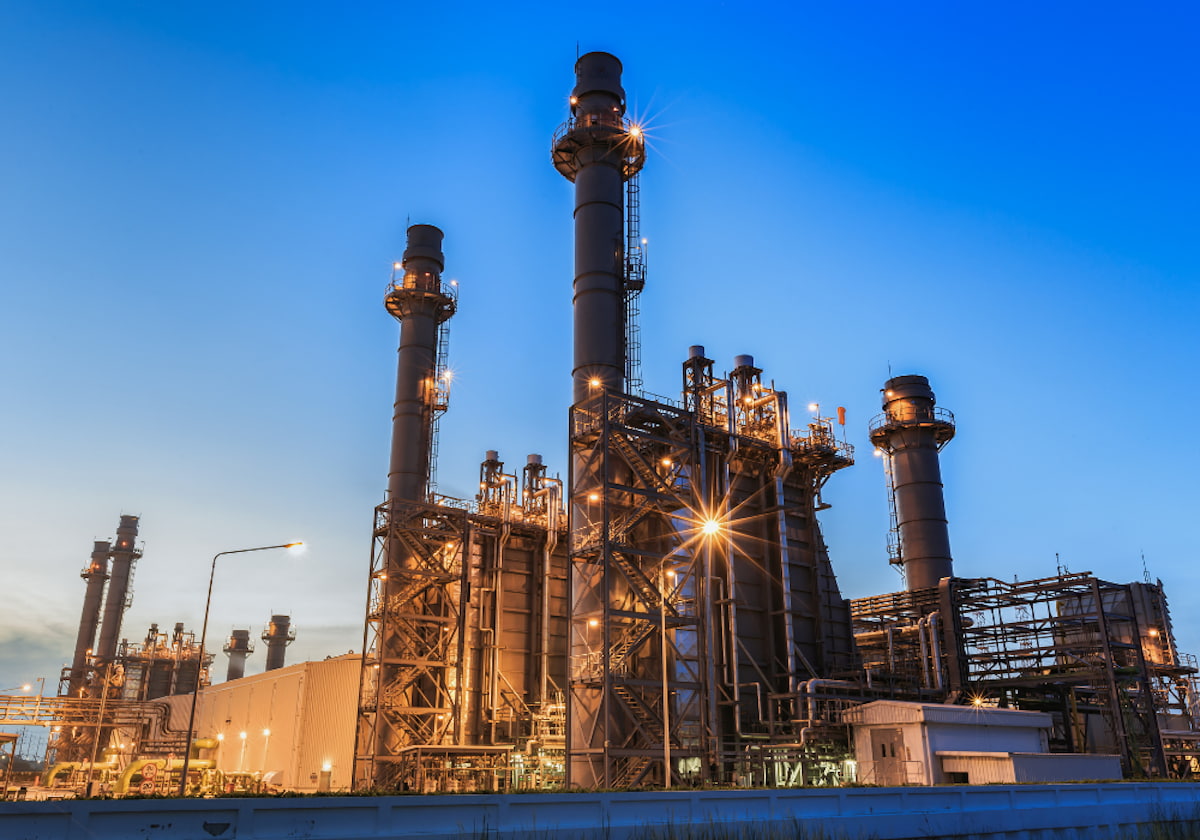